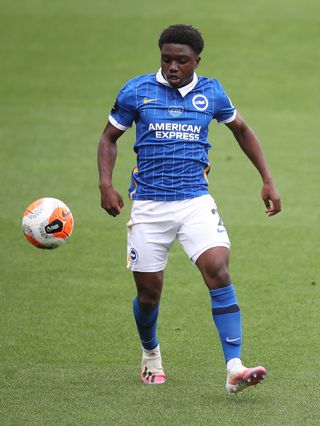 Brighton right-back Tariq Lamptey has received his first England Under-21 call-up ahead of the upcoming trips to Kosovo and Austria.

The 19-year-old, who joined Brighton from Chelsea in January, has previously represented England at under-18 and under-20 level.

He comes into the squad as a replacement for his former Chelsea team-mate Reece James, who has withdrawn along with attacking midfielder Ebere Eze, who completed a move from QPR to Crystal Palace last week for an initial fee of £16million.

That leaves Aidy Boothroyd with a group of 22 players for the Young Lions’ Euro 2021 qualifiers against Kosovo on Friday and Austria next Tuesday.