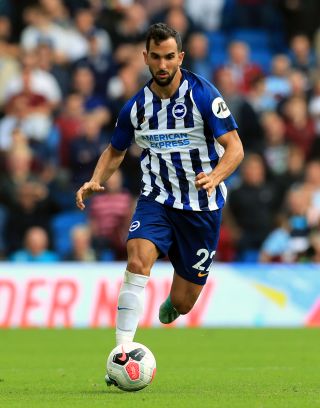 Montoya, who started his career in the Barcelona academy, has signed a contract with the LaLiga club until 2024 for an undisclosed fee.

The 29-year-old had a previous loan spell at Real Betis during 2016 before joining Brighton from Valencia in the summer of 2018.

Montoya made 57 appearances in all competitions for the Seagulls.

Brighton head coach Graham Potter said on the club’s official website: “I would like to place on record my thanks to Martin for his service and professionalism to the club over the past two years.

“Over the past two seasons Martin has played his part in helping the club maintain its Premier League status, and on behalf of all at the club we wish him all the success for the future.”