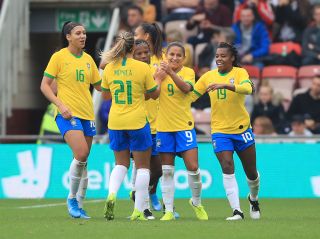 The Brazilian FA has announced that men and women will be paid the same amount for representing the national team.

The move, which Brazil FA (CBF) president Rogerio Caboclo said has been in place since March, means Brazil Women players will get the same daily rate as their male counterparts during international duty.

In a CBF statement, Caboclo said: “Since March of this year, CBF has made an equal value in terms of prizes and daily rates between men’s and women’s football.

“That is, the (female) players earn the same thing as the (male) players during the calls. What they (the men) receive… women also receive.

“What they will gain by conquering or by staging the Olympics next year will be the same as the men will have.”