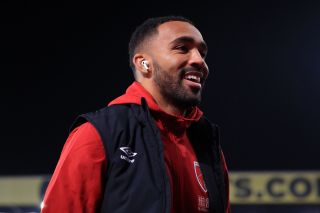 Newcastle have had a £20million bid for striker Callum Wilson accepted by Bournemouth.

The Magpies were in a battle with Aston Villa for the services of the 28-year-old but the PA news agency understands the latter have withdrawn their higher offer after it became apparent the player’s preference was a move to the north east.

That left the way clear for Newcastle to press home their interest and secure an agreement with the relegated Cherries, meaning Wilson is now free to discuss personal terms.

Manager Steve Bruce is keen to improve his attacking options after it was confirmed Dwight Gayle will be out for up to four months after knee surgery.

Wilson was Bournemouth’s leading scorer last season with eight goals in 35 appearances but it was an overall lack of goals – just 40 in total – which contributed to their drop into the Sky Bet Championship.

Newcastle’s record was even worse, however, with just 38 goals scored in as many league matches with midfielder Jonjo Shelvey leading the way with six.