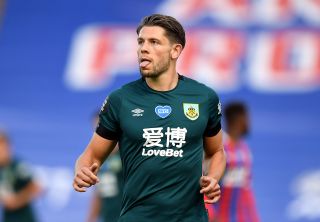 Sean Dyche was tight-lipped about speculation linking James Tarkowski with West Ham but the Burnley boss said: “We’re not in the business of getting rid of our best players on the cheap.”

Dyche did not confirm whether a bid had been lodged for Tarkowski although rumours are swirling that the Hammers will need to almost double a reported £27million fee in order to land the highly rated centre-back.

While he accepted every player has a price, Dyche insists the club are not under pressure to sell one of their star assets and he is preparing for Tarkowski to remain with the Clarets into the upcoming season and beyond.

“In a healthy way, we’ve had speculation on our players since the first year I was here,” said Dyche, who is now the longest serving top-flight manager having joined Burnley in October 2012.

“Back in the day, it was Danny Ings then Trips (Kieran Trippier) and more latterly, your Michael Keanes and your Andre Grays. It’s not new to us.

“The club is in a very, very strong position so there’s no overwhelming desire to be selling players.

“Do players have a price at any club? Yes, we’ve seen that across the whole of football. Eventually a day comes if someone’s going to hit a certain number then all clubs – not just Burnley Football Club – have to make a decision.

“If that comes then the chairman will make that decision. I don’t control those moments, the chairman does and the board, so we’ll have to wait and see but it’s fair to say we’re in a very strong position.

“Until that level is met then I’ve got no other thought than James Tarkowski and other players here will still be here operating for us.

“We’re not in the business of getting rid of our best players on the cheap, that’s for sure.”

Tarkowski said earlier this week he feels “forgotten about” after being left out of England’s squad for the Nations League fixtures against Iceland and Denmark.

The 27-year-old has not represented England since 2018 and, even when Harry Maguire was stood down from international duty, boss Gareth Southgate instead plumped for Wolves captain Conor Coady as a replacement.

“With Tarky, on this occasion I’m quite amazed he was not in the England squad,” Dyche added.

While Burnley have signed goalkeeper Will Norris to offset the loss of Joe Hart, they are short on numbers with midfielders Jeff Hendrick and Aaron Lennon departing while defender Ben Gibson has joined Norwich on loan.

“It’s quite clear and quite evident that we need people in, we lost a few last season so we definitely need people in. We’re trying to affect that,” Dyche said.

“We’re not close to anything at the moment, but that’s often the case.

“When I’ve been here all these years it’s very rare that anything, when you start adding millions on to it… it’s a difficult moment in time for me to get those players done.”

Manchester United’s European exertions have delayed the start of Burnley’s 2020-21 campaign by a week, with the teams’ scheduled meeting at Turf Moor postponed, allowing those on the treatment table more time to recover.

Ashley Barnes has this week returned to first-team training for the first time since a hernia operation that has sidelined the striker since New Year’s Day.

Midfielder Jack Cork is still working his way back to fitness after undergoing ankle surgery in July although Dyche said he is “making good progress”, while defender Ben Mee has a slight niggle in his thigh.

Midfield pair Johann Berg Gudmundsson and Robbie Brady and striker Chris Wood are all in contention for next week’s Carabao Cup tie against Sheffield United as well as their top-flight opener at Leicester on September 19.