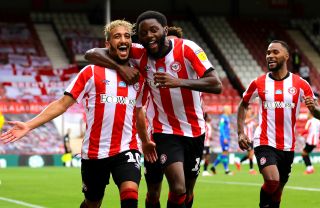 Brentford are reeling from last season. They were so close to a first season in the Premier League after reaching the play-off final - in truth, they were so close to automatic promotion and threw it away at the end. Now, they need to pick themselves back up and hope that they can keep the majority of this talented squad together.

Birmingham City are building too. The money earned from the Jude Bellingham sale to Borussia Dortmund is going to finance some much-needed new blood. Aitor Karanka  will want the club to push on and finish much higher than the 20th spot they reached last season.

Kick-off is at 12.30pm BST and the game is being shown on Sky Sports Football, Sky Sports Main Event and Sky Sports Ultra HD in the UK. See below for watching details where you are.

If you’re on holiday or just simply out of the country, your domestic on-demand services won’t work – the broadcaster knows exactly where you are from your IP address. Your access to the game will be automatically blocked, which is annoying if you’ve paid a subscription fee and don't want to use an illegal, buffering stream that makes you miss another Bruno Fernandes masterclass. And that's where we recommend ExpressVPN (more on which below).

Sky Sports is the main players once again, but iFollow is your best bet if these two aren't showing them.