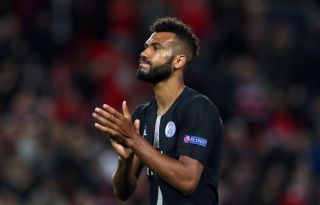 The 31-year-old played for Hamburg, Nuremburg, Mainz and Schalke before his move to the Potters in 2017, where he played 32 matches, scoring five goals in one season before his transfer to PSG.

Choupo-Moting came on as a substitute for the final 10 minutes of August’s Champions League final defeat to Bayern, whom he has joined on a free transfer.

He told fcbayern.com: “It’s a great feeling to come back to the Bundesliga – and then to the biggest club in Germany. Who wouldn’t want to play for Bayern?

“It’s an honour to play for this club. At Bayern, the aim is always to win everything, and I am highly motivated to achieve these goals.”

“I am happy that we were able to sign Eric. He gives our squad a depth on the offensive, especially in the centre, which we will need,” he said.

“Eric gained international experience at Paris Saint Germain, he knows the Bundesliga, Eric is coming on a free transfer. It all fits together very well.”

Former Bayern winger Douglas Costa has also rejoined the club on a season-long loan from Juventus.

The Brazil international initially moved from Germany to the Turin club in a temporary deal in 2017, making it a permanent transfer the following summer.

Bayern continued their strengthening with the arrival of Marseille right-back Bouna Sarr on a four-year contract.

“Bouna Sarr is a dynamic right-back who fits in very well with our approach to the game. He will help us in an important position,” added Salihamidzic.