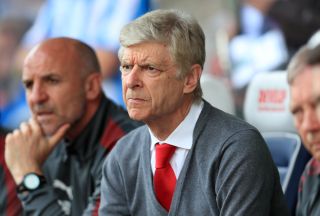 Arsene Wenger believes “smaller clubs will die” unless urgent action is taken to safeguard the future of the English Football League.

The former Arsenal manager, responding to Project Big Picture’s revolutionary plans, insisted a one-off bail-out payment was not enough and that the EFL, the Premier League and the government must reach a compromise.

“If nothing happens, the smaller clubs will die,” Wenger told Sky Sports. “I don’t think that one payment will sort out the problem.

Project Big Picture, unveiled by EFL chairman Rick Parry on Sunday and in which Liverpool and Manchester United are heavily involved, proposes the most significant changes to English football in a generation.

The proposals promise an immediate £250million rescue package for EFL clubs starved of income by the coronavirus pandemic and a fairer share of future revenue.

But the plans have been criticised by the Premier League and the government for concentrating too much power among the top-flight’s so-called ‘big six’ clubs.

Wenger, speaking at a special event for Sky VIP customers, spent 22 years in charge of Arsenal until stepping down as manager in 2018.

The Frenchman, currently FIFA’s chief of global football development, said he was not surprised that the proposals had proved so divisive.

“You cannot ignore completely the tradition inside the country,” the 70-year-old said, adding the plans will “create a reluctance and a negative approach”.

Wenger said the EFL had been in a financial crisis before the outbreak of the coronavirus pandemic.

“Overall the solution has to come from the federation, from the government, from the Premier League – to find a compromise to sort out the problems that already existed before coronavirus,” he said.