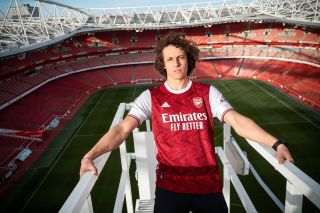 Arsenal have unveiled their new kit for the 2020/21 season and it's another classic. The kit is available to order right now on the Adidas website.

The new Adidas design will be worn for the first time on Sunday, when Arsenal take on Watford in their final Premier League game of the season. It will also be worn in the North London club's FA Cup final showdown with Chelsea on August 1. The Gunners are hoping to win their 14th FA Cup in the all-London affair at Wembley.

The design on the shirt is also a nod to the layout of the tiling on the floors of the East Stand’s famous marble halls at Highbury – the Gunners' home before their 2006 relocation to the Emirates Stadium.

The bold design is fitting for a club at the beginning of a new era. Manager Mikel Arteta has a lot of work on his hands to restore the club to its former glory. A good place to start would be in their new threads at Wembley on August 1.