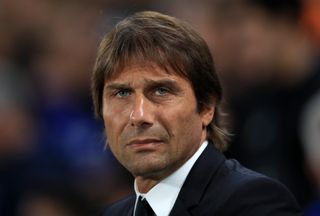 Inter Milan boss Antonio Conte dismissed questions about his future ahead of Friday’s Europa League final against Sevilla by insisting he has learnt to “live in the moment”.

Uncertainty surrounds Conte’s position with the Serie A runners-up after he complained publicly of a lack of protection from the club and his work not being recognised.

The former Chelsea manager is on the cusp of guiding Inter to their first European trophy since they won the Champions League under Jose Mourinho a decade ago.

Conte has already expressed a desire to discuss his concerns with club president Steven Zhang at the end of the season but for the time being is fully focused on claiming glory in Cologne.

“Over the years I have learnt to take things one day at a time and at this moment in time I am really trying to savour this opportunity,” the Italian told a press conference when asked if the final could be his last match as manager.

“I’m well aware that tomorrow is yet to come. Tomorrow I am going to try and experience and savour the final.

“That’s what I have learnt to do over the course of my career, to live in the moment, to think about the here and now, and to try and experience it from every angle without any regrets.”

Inter, three-time winners of the competition when it was known as the UEFA Cup, are set to face Sevilla for the first time.

The Spanish side are the most successful club in Europa League history having lifted the trophy on a record five occasions, most recently after beating Liverpool in the 2016 final.

Conte, whose team thrashed Shakhtar Donetsk in the semi-finals, believes the opposition’s previous successes give them an edge but insists his players must not approach the match with trepidation.

“I don’t use the word fear, I don’t want my players to have it in their lockers either,” said Conte.

“We have a lot of respect for Sevilla because we really rate their experience and history in this competition.

“We have to give everything. We have less (Europa League) experience than them, and this gives them an advantage. The important thing is to be mentally free.

“There is only one way to write the history of a club: to win.”

Sevilla, who finished fourth in LaLiga, have never lost a final in this competition and overcame Premier League clubs Wolves and Manchester United in the previous two rounds.

Head coach Julen Lopetegui is wary of the dangers Inter pose but has urged his players to enjoy the occasion and stick to their strengths as he seeks a maiden trophy of his managerial career at club level.

“We know all about the potential Inter have and the difficulties that lie in store for us,” Lopetegui told a press conference.

“We need to be able to identify with what we do best and we also need to produce our best performance.

“We’ll try to maximise our strengths and also be willing to dig in when the going gets tough. We have a solid, united team. We are able to read the game well.

“We are relaxed, we are calm and that’s the calm that we need to have to make sure we are balanced and focused in the cup final

“This is a match that we have been striving for all season long and our aim is to go into the match fit and firing. We hope that the players can really enjoy and savour the match.”

Inter forward Alexis Sanchez and Sevilla winger Lucas Ocampos are both injury doubts for the game.