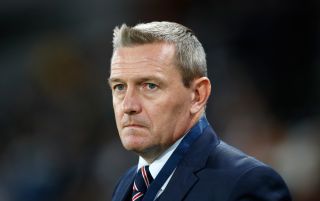 Aidy Boothroyd was “surprised and disappointed” to learn of Phil Foden and Mason Greenwood’s breach of coronavirus regulations while on England duty and will remind his Under-21 stars of their responsibilities as they prepare to face Austria on Tuesday.

After making their Three Lions debuts against Iceland at the weekend, the pair had to leave the England camp after breaching a strict bio-bubble in Reykjavik.

Allegations emerged in the Icelandic media on Monday that Manchester City’s Foden and Greenwood of Manchester United had spent time with two girls during the trip.

And Young Lions boss Boothroyd, who has worked with the duo at Under-21 level, said he would be speaking to his players about the events before their match.

“I’m surprised and disappointed, I have to say,” Boothroyd said. “I don’t know the facts to be able to go into any great detail with you.

“Young people can be naive, but without knowing all the facts it would be difficult for me to go into any detail, particularly when (England boss) Gareth (Southgate) is in the same position.”

When asked what he would be saying to his own squad, Boothroyd said: “We’ll be having a conversation about it with the leadership team first and then with the rest of the lads by the end of this evening (Monday) because I think it’s important that we do.”

Boothroyd’s Young Lions played their first match in 10 months last Tuesday and won in emphatic fashion with a 6-0 win over Kosovo in Pristina to move top of their qualifying group.

Next opponents Austria suffered a surprise home loss to Andorra in their first game since the resumption of the qualifiers, but Boothroyd is expecting a tough challenge.

“We’ve got a very difficult game coming up. Austria have had a difficult game, losing at home, and have got a lot of pressure on them from their media and it’s important that we deal with any storm that comes and play our football the way that we’ve played,” he said.

“I’ve been excited by some of the stuff that we’ve played and just want to make sure that we keep it going really and see if we can get a good result against the Austrians.

“It will then put us six clear with a game in hand, so that would be a really useful position to be in going into the games in October and November.”