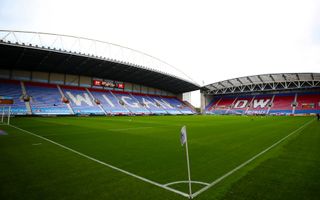 Administrators for Wigan are “quietly confident” permission will be granted to begin their league campaign as planned this weekend.

Latics, who were relegated to Sky Bet League One last season after a 12-point deduction for being placed in administration, are seeking a buyer to secure their long-term future.

An initial deadline for a sale of August 31 was missed, but talks with interested parties are continuing.

Wigan opened their new season with a defeat to Fleetwood in the Carabao Cup last weekend and are due to play at Ipswich in League One on Sunday.

Administrators have informed the EFL they believe they are in a position where they can proceed.

A statement from Begbies Traynor read: “The joint administrators recently met with representatives of the EFL for permission from them to start the season on September 13, 2020.

“We are informed that the board of the EFL are meeting later this week and one of the items is to consider this request.

“We have kept the EFL informed of the progress of selling the club and we are quietly optimistic that this permission will be given.”

Victor Moses has become the latest ex-Wigan player to make a “substantial” donation to help save his former club.

Moses, who was hugely popular during his spell at DW Stadium between 2010 and 2012, has contributed to the Wigan Athletic Supporters’ Club’s official Crowdfunder page.

The donation from the former Nigeria international has taken the fundraising total to over £650,000, which supporters hope will help secure them an active role in the future ownership of the club, which went into administration in July.

“When Victor got in touch to say he wanted to help by donating such a substantial amount, I just couldn’t believe what I was hearing – it’s such an incredible gesture,” chairperson Caroline Molyneux told the official Wigan Athletic Supporters’ Club website.

“Victor wanted to make the donation and remain anonymous but we simply had to make sure he gets the recognition he deserves.”

Former manager Roberto Martinez and ex-players like James McClean and Reece James have previously made donations.