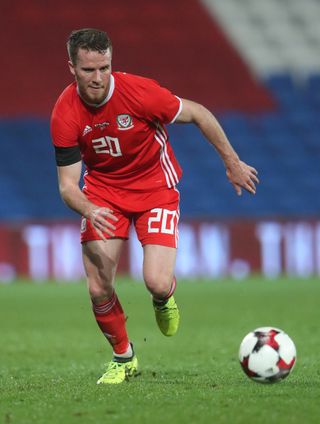 The former Inverness, Barnsley and Norwich player has joined the Dons until January after Derek McInnes lost three strikers through injury.

Sam Cosgrove and Ryan Edmondson face several months out while Curtis Main is struggling with a thigh problem. Bruce Anderson also missed the midweek win over St Johnstone following a period of self-isolation.

Watkins is set to join Anderson in the squad for Sunday’s match against Livingston, subject to international clearance.

The Wales international scored for Inverness in their 2015 Scottish Cup final win before moving to Barnsley.

McInnes told the Dons website: “I’m really pleased to get a player of Marley’s quality and experience to the club.

“Clearly, we have not had our troubles to seek in terms of injuries, particularly to our strikers, so it was important to get a player in who can help bolster our options in that area.

“We have a number of important fixtures coming up before the international break and a strong squad will be vital so I must thank the board for supporting the addition of Marley, despite the financial restrictions currently placed on the club.

“Having tried hard to get him here previously I’m really pleased to now have the opportunity to work with him and I’m sure he will do well for us.”

McInnes will also have defender Scott McKenna available again following the restrictions caused by the small coronavirus outbreak in his squad.

“Livingston will be a test on Sunday,” McInnes said. “They’ve got their identity back in the last couple of games, Gary Holt has said that, the work rate and the discipline of the team.

“They set out to get a point against Rangers and they got it by scrapping and working and you have to respect that.

“They’ve lost their talisman striker (Lyndon Dykes) and they need to rely on other things, the way we do at the minute with Sam and Curtis out.

“Their energy and discipline is outstanding and it’s something we’re going to have to overcome.”