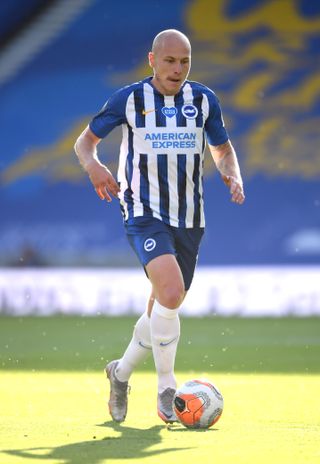 The 29-year-old was signed from Huddersfield last summer, initially on loan, and made 32 appearances for Albion in all competitions, scoring twice.

His spot in Graham Potter’s starting XI had come under threat following the arrival of England international Adam Lallana from Liverpool.

Head coach Potter told the club website: “Aaron has been an excellent professional during his time with us. From day one with us he fitted in really well.

”It’s a good move for all parties. We have a number of really good players in that position and therefore Aaron goes with our blessing.

“I have really enjoyed working with him, and on behalf of everyone at the club I would like to thank him for his contribution and wish him well for the future.”

He had three years remaining on the permanent contract he signed at the Amex Stadium in January.

The creative playmaker has been capped 43 times by his country, scoring six goals, and travelled to the 2018 World Cup in Russia.