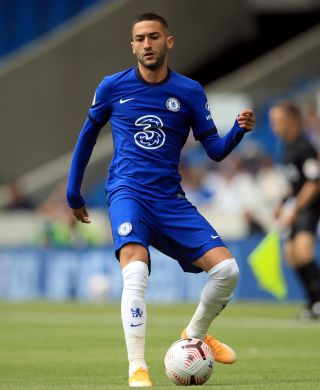 Premier League action returns this weekend with the start of the 2020-21 season.

Top-flight clubs have just under a month to bolster their squads before the transfer deadline on October 5.

Here, the PA news agency picks out some sides who are ahead in their recruitment drives at this stage of the window and others who are lagging behind.

After being under a transfer embargo last summer, Chelsea have wasted little time in splashing the cash this year. Timo Werner, Hakim Ziyech, Ben Chilwell and Kai Havertz have all been brought in for big money, while Thiago Silva was a high-profile free transfer. Following a frugal first season, manager Frank Lampard will undoubtedly be happy with the hefty financial backing, although it will almost certainly bring extra pressure and scrutiny on his own position.

Carlo Ancelotti has excited Toffees fans by bolstering his midfield options with the signings of James Rodriguez, Allan and Abdoulaye Doucoure. Former Real Madrid man James appears to be a major coup for the club, although his career has gone downhill in recent seasons and he arrives on Merseyside with a point to prove. There have been plenty of false dawns at Goodison Park but it looks as though the club mean business under Ancelotti. The Italian has other targets on his radar, including a potential loan move for Chelsea defender Fikayo Tomori.

✍️ #NUFC are delighted to announce the signing of Callum Wilson from @afcbournemouth on a four-year deal!— Newcastle United FC (@NUFC) September 7, 2020

A Saudi-backed takeover may have fallen through but it has been a busy summer at St James’ Park. England striker Callum Wilson, following advice from Magpies great Alan Shearer, moved north from relegated Bournemouth and was swiftly joined by former Cherries team-mate Ryan Fraser. Steve Bruce has also been able to bring in defender Jamal Lewis from Norwich, while experienced midfielder Jeff Hendrick was snapped up on a free transfer following his departure from Burnley.

Persistent rumours linking United with Borussia Dortmund’s England international Jadon Sancho have come to nothing. The capture of Holland midfielder Donny Van De Beek from Ajax is currently the only business done by manager Ole Gunnar Solskjaer. Despite a strong finish to last season, the Norwegian will be eager to reinforce his options, particularly with the club set to return to Champions League action.

After agonisingly missing out on Champions League qualification following a dismal end to last season, the Foxes need reinforcements. Selling England left-back Chilwell to Chelsea is a big loss. That departure has been offset slightly by the signing of Belgium full-back Timothy Castagne, who can operate on either side, from Atalanta. Tying James Maddison to a new contract was welcome news for Brendan Rodgers but the manager has yet to improve his squad ahead of another top-four challenge.

As captain of this football club I’m gutted, angry and sad that Grady has left, great kid with a great future!!!!! https://t.co/oNPPEp8Pt6— MARK NOBLE (@Noble16Mark) September 4, 2020

The Hammers narrowly avoided relegation last term and, at present, could be set for another season of struggle. Czech midfielder Tomas Soucek has made his loan move from Slavia Prague permanent but there are no fresh faces at the London Stadium. In addition, club captain Mark Noble and midfielder Jack Wilshere have vented their displeasure at the sale of Grady Diangana to newly promoted West Brom.