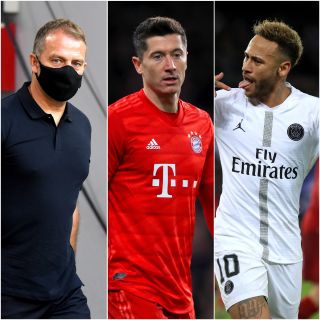 Bayern are seeking to become European champions for the sixth time, while PSG are maiden finalists.

Here, the PA news agency looks at five of the main talking points ahead of the clash in Lisbon.

Achieving European champions status has been the main ambition for PSG since Qatar Sports Investments took over the club in 2011. It has taken nine years, substantial spending, and a series of disappointing knockout stage exits but the club have finally reached a first Champions League final. This year is the 50th anniversary of the club that was founded in 1970. Becoming only the second French club to win the competition – after Marseille in 1993 – would be a fitting way to celebrate it.

Lethal Bundesliga champions Bayern have averaged more than four goals per Champions League game this term, registering a remarkable 42 strikes in just 10 fixtures. Those statistics include a 7-2 group stage success at Tottenham and an 8-2 quarter-final thrashing of Barcelona. To put the feat into perspective, PSG are the next highest scorers with 25 goals. If any club can stop Bayern scoring, then it should be the Ligue 1 champions. Thomas Tuchel’s side have the tournament’s stingiest defence, conceding just five times.

Neymar and Mbappe versus Lewandowski

PSG have the world’s two most expensive players, Bayern have the competition’s top scorer. Neymar, who cost the Ligue 1 side £200million from Barcelona in 2017, won the Champions League with his former club five years ago, while £163m team-mate Kylian Mbappe is already a World Cup winner. Bayern striker Robert Lewandowski was in the Borussia Dortmund side beaten by his current employers in the 2013 final and has 55 club goals this term, including 15 in this tournament which is two shy of Cristiano Ronaldo’s record. All three men possess match-winning qualities and will be expected to make significant contributions.

Bayern’s gamble to put Hansi Flick in the hot seat has paid off handsomely. The 55-year-old, a long-serving former assistant to national team coach Joachim Low, had never managed above the third tier in Germany before stepping up to replace Niko Kovac in early November. The Bavarian club were fourth in the Bundesliga at that stage but Flick has won 32 of 35 games to guide them to the verge of a treble after romping to the title and success in the German cup. Bayern forward Thomas Muller has credited the coach with allowing the team to take risks and be more courageous. Flick, who has been rewarded with the position on a permanent basis, will be eager to cap his remarkable achievements with the biggest prize of all.

There will be a distinctly different feel to the 2020 final of European football’s premier club competition. The coronavirus pandemic deprived Istanbul of hosting the game, with the tournament switched to Lisbon from the quarter-final stage onwards and completed behind closed doors. Unfortunate fans of both clubs will have to settle for watching from home, with PSG supporters particularly unlucky to miss an historic occasion for their club. Lifting a major trophy in front of empty stands is far from ideal. Yet the absence of a crowd did not lessen the entertainment of Friday’s Europa League final in Cologne and neutrals will have their fingers crossed for something similar from Sunday’s showpiece event at Benfica’s Estadio da Luz.