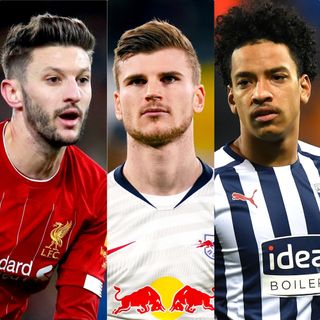 Premier League clubs are preparing for the start of the new season on September 12.

Here, the PA news agency looks at some of the summer signings to watch so far.

Chelsea boss Frank Lampard has spent big already this summer, with more high-profile arrivals expected at Stamford Bridge. Striker Werner scored 95 goals in a productive four years at RB Leipzig and should help take the Blues to the next level after last term’s fourth-placed finish, 33 points behind champions Liverpool. Direct, pacy and purposeful, £45million Werner can play through the middle but is also dangerous coming in from the left.

The Blues moved quickly to snap up winger Ziyech for £37million from Ajax in February. It was a statement of intent which has continued this summer and the nippy Ziyech will add another dimension to Lampard’s team. With Werner, Tammy Abraham and Olivier Giroud up front, Ziyech will be expected to be the supply line.

The 20-year-old winger could be eased in, such is the talent available at the Etihad Stadium, but he arrives from Valencia with a growing reputation. A direct replacement for the departed Leroy Sane, Torres signed a five-year deal in August. He joins for an reported initial fee of around £20.8million – surely a steal in today’s market.

The forward lit up the Sky Bet Championship last season and sealed a £8.25million switch from Sporting Lisbon earlier this month. He scored eight goals and grabbed 16 assists as the Baggies finished second to end their two-year Premier League exile. Pereira has shown his quality and, while it is a big outlay for West Brom, could prove to be one of the bargains of the season.

The former England international arrives at the Amex Stadium as a title winner but also as a player who needs games. He made just three starts in Liverpool’s triumphant Premier League campaign and ends six years at Anfield having battled numerous injury problems. There is little doubt of his skill when fully fit and his free-transfer move to Brighton could help the Seagulls to the next level.