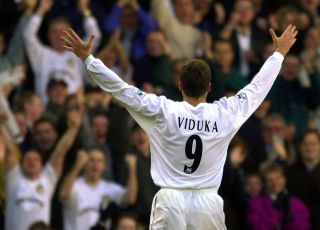 Champions Liverpool will kick off the defence of their title with a mouthwatering clash at home to Leeds on Saturday.

The sides have not met in the top flight since February 2004 but have a storied history of serving up memorable fixtures.

Here, the PA news agency looks back at some classics.

The 1965 FA Cup final saw Liverpool win 2-1 and kick off their reign of success in the competition, with all three goals scored in extra time.

Roger Hunt struck three minutes into the extra period and, after Billy Bremner levelled, Ian St John won it to earn Liverpool their maiden FA Cup and they returned to a welcome party of half a million people.

The 1974 Charity Shield has a place in footballing folklore. A changing of the guard at both clubs saw Bob Paisley take charge of Liverpool for the first time and Brian Clough do the same at Leeds.

Paisley went on to win 20 major trophies at Anfield while Clough lasted 44 days. A brawl between Kevin Keegan and Leeds captain Billy Bremner which saw both men sent off summed up Clough’s stormy reign and the film ‘The Damned United’ was later spawned.

Liverpool won the match 6-5 on penalties after a 1-1 draw.

The sides served up a nine-goal thriller in April 1991, Leeds’ first season back in the old First Division after promotion.

Lee Chapman scored a hat-trick and Carl Shutt also netted but four goals at home were not enough as Liverpool won 5-4 thanks to goals from Ray Houghton, Jan Molby and David Speedie plus John Barnes’ brace.

If you think great Premier League goals it will not take you long to arrive at Tony Yeboah’s in August 1995.

Tony Dorigo’s chip forward was nodded down by Rod Wallace and Ghana striker Yeboah’s first-time volley from 25 yards beat David James off the underside of the bar for an instant classic in a  1-0 Leeds win. Scoring off the bar later entered the urban dictionary as a ‘Yeboah’.

Leeds were title challengers at the turn of the millennium, with David O’Leary’s ‘babies’ taking on all comers. However, when a depleted side went 2-0 down at home to Liverpool in November 2000, they looked set to fall well short.

However, four goals from Australia striker Mark Viduka powered them to a 4-3 win and with it, one of their most memorable Premier League days. There would not be many more, though, as title hopes soon disappeared and relegation followed in 2004.