Neymar will sit out Brazil’s next World Cup game after he suffered an ankle injury in his team’s opening win against Serbia, the team doctor said.

The Paris Saint-Germain star suffered the injury in the 2-0 victory against Serbia on Thursday when he collided with Nikola Milenkovic during the second half.

The 30-year-old tried to continue but was substituted with about 10 minutes to go and underwent an examination on Friday.

Rodrigo Lasmar, the doctor for the Brazilian football federation (CBF), said Neymar had suffered “ligament damage” and would miss the match against Switzerland on Monday.

SCHEDULE: Full World Cup schedule with AEDT times and when the Socceroos play 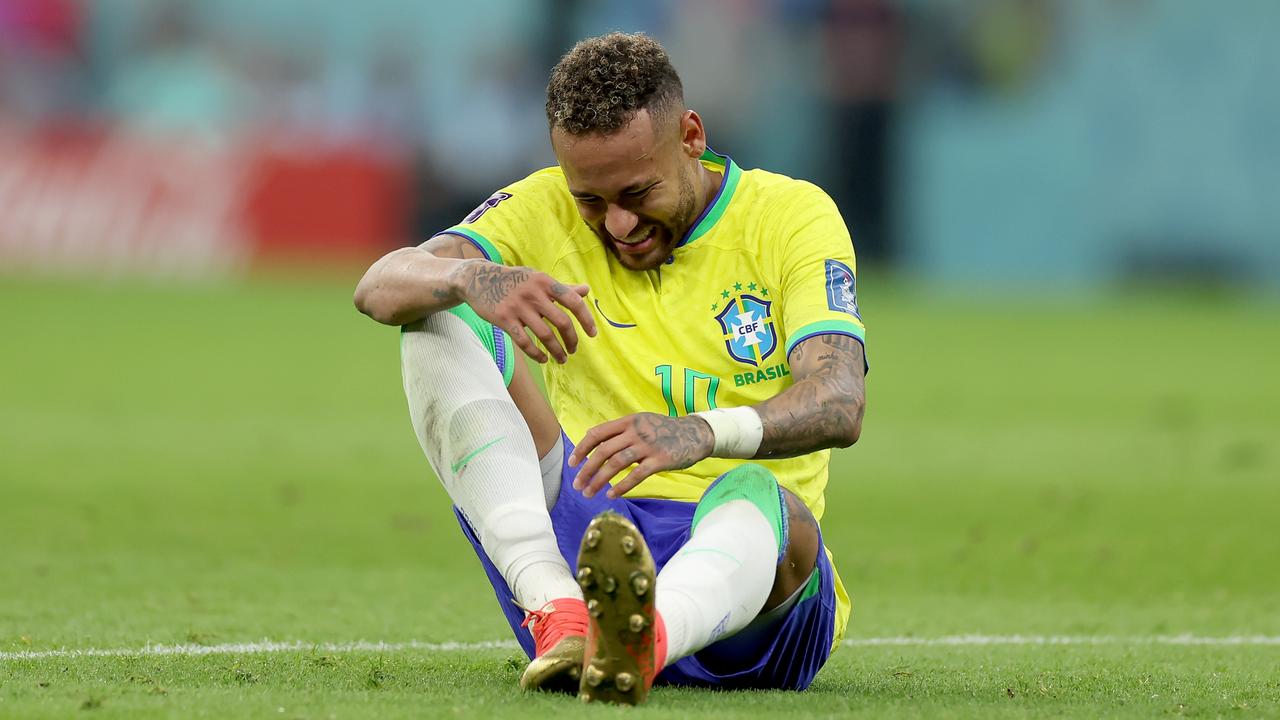 “Today is one of the most difficult moments of my career… and again in a World Cup,” Neymar wrote on Instagram.

“I have an injury yes, it’s annoying, it’s going to hurt but I’m sure I’ll have the chance to come back because I’m going to do my best to help my country, my team-mates and myself.” Brazil right-back Danilo will also miss the second Group G game with an ankle strain.

“We will not have these two players for our next match but they continue their treatment with the aim of recovering in time for the rest of the competition,” the doctor said in a video released by the CBF.

Coach Tite was optimistic after the Serbia match that Neymar would be back to lead Brazil’s bid for a record-extending sixth World Cup crown.

“You can be certain that Neymar is going to play in the World Cup,” Tite said, adding that the attacker had initially stayed on the pitch after hurting his ankle “because the team needed him”.

Neymar’s career has been peppered by injuries which have impacted on his previous two World Cups.

In 2014 he suffered a fractured bone in his back in the quarter-final win over Colombia, meaning he was sidelined when the hosts were thrashed 7-1 by Germany in the semi-finals.

Four years later he raced to recover from injury in time for the tournament in Russia, but Brazil never hit the expected heights before losing to Belgium in the last eight.

The former Barcelona star, who has 122 caps for Brazil, also missed the 2019 Copa America after suffering torn ligaments in his right ankle.

In 2021 Neymar was out for about 10 weeks of the French season after suffering ligament damage to his left ankle.

This time he arrived fit and firing in Qatar after a fantastic start to the season with PSG, in which he has scored 15 goals in 20 games.

“We have talked about Neymar and this being his competition. He’s in the form of his life this season and it is a worry when he goes down like that,” Sky Sports’ Micah Richards told the BBC.

“Let’s hope it’s not too serious – you don’t want your main man injured especially in the first game.”

Neymar, who is playing in his third and possibly last World Cup, needs just two goals to equal Pele’s all-time record tally of 77 for the South American nation.

Without him, Brazil still boast an impressive array of attacking talent including Richarlison — who scored both of Brazil’s goals against Serbia — Raphinha and Vinicius Junior. And they were able to bring Rodrygo and Gabriel Jesus off the bench on Thursday.