Portuguese captain becomes the first man to score in five World Cups during clash against Ghana.

Cristiano Ronaldo etched his name into the history books as the first player to score in five World Cups during Portugal’s thrilling 3-2 victory over Ghana on Thursday evening at Qatar 2022.

The 37-year-old’s thumping 61st-minute penalty put Fernando Santos’s side ahead in the Group H encounter at Stadium 974 in Doha, with the star striker keen to showcase his talents to potential new clubs following an acrimonious split this week with English club Manchester United.

But Portugal’s advantage did not last long with Ghana captain Andre Ayew drawing his side level in the 73rd minute.

Ayew’s strike marked the first goal by an African side at this year’s tournament and was joyously celebrated by the Black Stars’ raucous fans, who saw their team fail to take a single shot during a blunt attacking display in the first 45 minutes.

Unfortunately for them, the jubilant scenes appeared to provoke Portugal into switching on the afterburners, with Joao Felix and Rafael Leao netting twice in the following seven minutes to make it 3-1 at the 80-minute mark.

Any hopes they had of a comfortable stroll to victory, however, were undermined by Osman Bukari, who converted to make it 3-2 in the 89th minute. 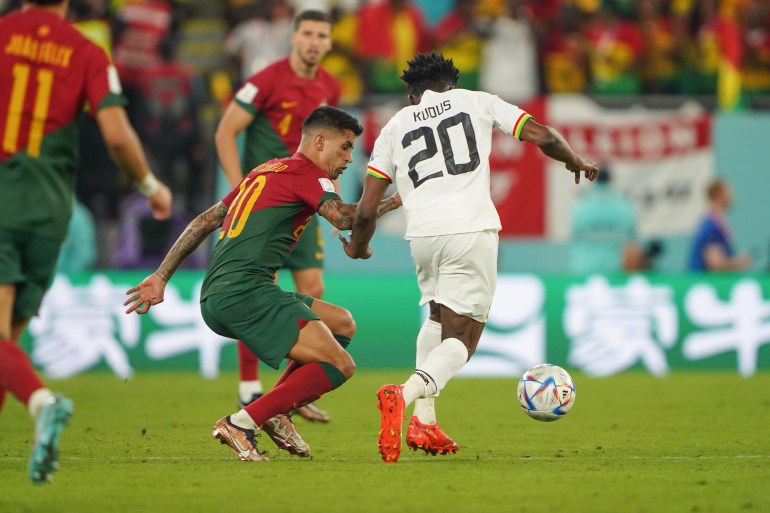 Portugal cling on during dramatic climax

A tense nine minutes of extra time followed, which drew to a close with Portugal defender Danilo clearing the ball away from near his side’s line after an error of judgement from goalkeeper Diogo Costa afforded Ghana an opportunity to snatch a dramatic leveller.

It capped a wild finish to what had been a slow-burner of a match for the first 60 minutes, but Portugal’s ability to cling on and grab all three points to put themselves at the top of Group H following Uruguay and South Korea’s scoreless draw earlier on Thursday.

Portuguese supporters said they were pleased to begin the tournament with a victory, even if aspects of their side’s performance left plenty to be desired.

“The performance was not very good. But at this stage, all you want is the three points, and we got them today,” fan Joao Santos told Al Jazeera.

“And Ronaldo scored. We are so happy he did. We need to win this World Cup for him. It will be his last, and it will be a good way to say goodbye to him,” he added. Ghanaian fans, for their part, welcomed their team’s showing even as the result went against them.

“We did well. The performance was better than I expected,” supporter George Bawuah told Al Jazeera.

“We have a really good chance of going through if we play like we did today,” he added.

Portugal are next in action on Monday against Uruguay. Ghana play South Korea on the same day. 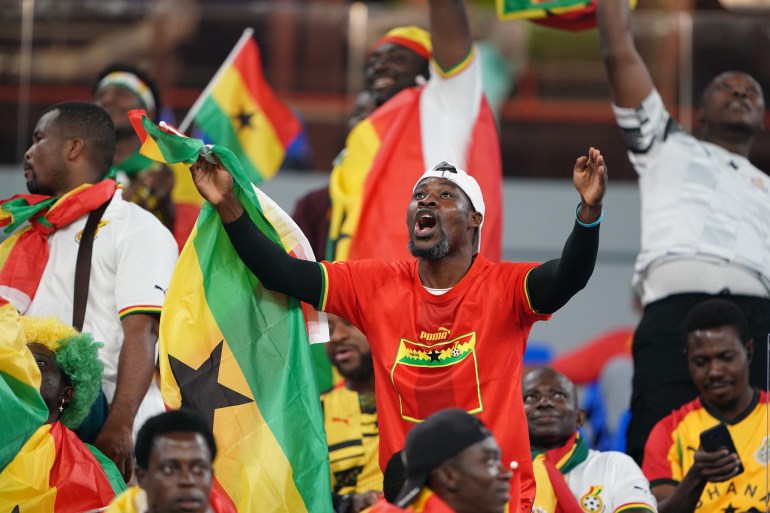