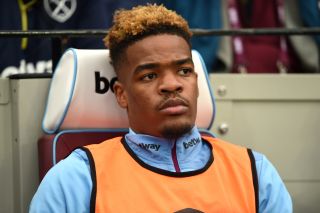 Mark Noble had tweeted once in 10 weeks, and that was to thank Basildon Council. Suffice to say that, no matter how many post-match interviews he does out of a sense of duty, he does not feel the need to voice his every thought. He had not offered his thoughts on a West Ham transfer on social media since Josh Cullen joined Charlton on loan two years ago. Until Friday evening. It is safe to say it was not a throwaway observation.

"As captain of this football club I'm gutted, angry and sad that Grady has left, great kid with a great future,” he wrote. In an instant, an inheritor of Bobby Moore’s metaphorical armband had more in common with Lionel Messi, another captain turned critic of the club he has served for the best part of two decades.

Grady Diangana only started 10 games for West Ham, but potential turned him into a cause celebre. West Bromwich Albion’s £18 million signing is an indication of what is wrong with his old employers. West Ham’s fixation with the famous has meant they have stockpiled expensive underachievers. They have bought too many players on the way down whereas Diangana, as his loan spell at the Hawthorns last season suggests, is on the way up. London can be a hotbed of talent but, once again, Noble and Declan Rice might be the only academy products who are regulars at the London Stadium.

It felt a twist on a familiar theme. Normally West Ham’s plans go awry before a ball has been kicked in earnest, but it is because a club with a habit of signing injury-prone players discover they get injured in pre-season. But factor in Saturday’s 5-3 defeat to Bournemouth, featuring some distinctly half-hearted defending, and a club with a marked self-destructive streak seem to have shot themselves in the foot again.

And yet the Diangana deal is especially damaging because it feels out of keeping with a shift in direction. A pragmatist in a world of philosophers, a manager tarnished by his failures at Manchester United and Sunderland, David Moyes is easily mocked, dismissed as part of the problem, not the solution. His results since returning to the capital have been unremarkable.

But there was a cultural reset underway, restoring the old-fashioned principles that served Moyes well at Everton and which have often been lacking at Goodison Park since he left. On Merseyside, Moyes presided over a meritocracy, a regime based on hard work at a club where he worked harder than anyone. At West Ham, he told the Sunday Times: “The model has to change.”

His transfer business had brought echoes of Everton and evidence of improvement. Jarrod Bowen, like Tim Cahill, came from the Championship to offer incision in the final third. Tomas Soucek, like Marouane Fellaini, was the giant lump in midfield with a goalscoring touch. Neither was a typical West Ham signing; each was integral to the summer improvement. It was possible to imagine Diangana doing a Leon Osman, becoming a homegrown addition to a midfield after bigger names were cleared out. Certainly, Noble’s words carried the implication West Ham could have benefited from his services even though a winger plays in a position where they have a surfeit of players.

The club’s response, that the money will be “reinvested entirely in the team, in line with the manager’s targets” highlighted the balancing act many face in straitened times, and James Tarkowski would represent a common-sense addition.

Yet bids come in the context of their errors. Diangana was sold in part because there was a buyer. West Ham’s mistakes remain, presumably unshiftable. There seem to be no takers for Felipe Anderson, no one willing to fork out for Jack Wilshere’s hefty wages. They are prisoners of their past, and so they sacrificed part of their future.