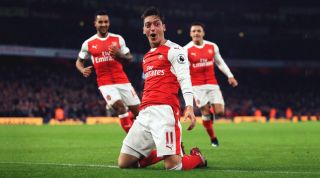 Eight minutes on the clock, 40 players to guess.

NOW TRY Quiz! Can you name the 60 most expensive English footballers ever?

The transfer window became compulsory for European clubs in 2002/03 – and at that point, Sky Sports cyborg Jim White’s eyes snapped open as he awoke from his 3,000 years of cryosleep.

Of course, it took a while for it to become the exhausting circus that it is now. In Premier League terms, it was perhaps the arrival of a certain forward from Real Madrid to Manchester City for £32.5m in 2008. Or, two years before that, Argentina internationals Carlos Tevez and Javier Mascherano joining West Ham.

That jaw-dropping double swoop isn’t in this quiz as... well, did they ever actually sign properly for the Hammers, or was it some elaborate loan?

We never quite figured it out – but the above were definitely, 100%, Jim White-screaming, summer deadline day signings. The 40 biggest up to today, no less.