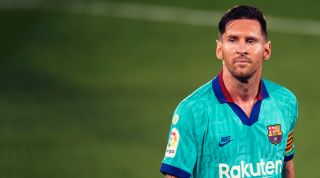 It was Liverpool in England for a first title in three decades, but not a lot was shaken up on the continent. Real Madrid wrestled back La Liga from Barcelona - hardly a major shock - while Paris Saint-Germain wrapped up their seventh title in the last eight seasons - the other went to that plucky Monaco side.

In Germany and Italy, it was very much a case of normal service being resumed, too. Bayern Munich triumphed to their eighth consecutive Bundesliga crown after challenges from Borussia Dortmund and RB Leipzig; Juventus are one ahead, having just lifted their ninth Scudetto on the trot in Serie A.

With this is in mind, we'd like you to list the players who have lit up this season, at least according to WhoScored. The usual suspects are there - but there are a few underdogs on the list too.