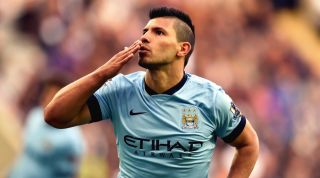 Ten minutesÂ on the clock,Â 50 playersÂ to guess.

NOW TRYÂ Quiz! Can you name every current No.10 in the Premier League?

It was a longstanding piece of trivia: it took Barcelona until 2015 for one of their players to win a Player of the Month award. Yeah, not even Messi had got one.

Thankfully in the Premier League, we're somewhat better at recognising talent. Player of the Month awards are an exclusive club of the brightest and the best stars in England.

Can you remember who won the last 50, though?

It's perhaps harder than it looks. Some of the usual suspects are there, but try and think back to those players who had an absolutely storming few weeks of the season...

BOLTON WANDERERSÂ How the Trotters reached their lowest ever league position

GUIDEÂ Premier League live stream best VPN: how to watch every game from anywhere in the world