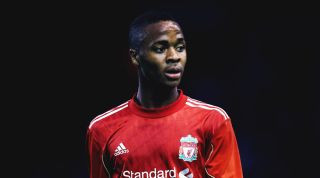 Eight minutes on the clock, 41 clubs to guess.

NOW TRY Can you guess 50 correct answers in our football firsts and lasts quiz?

There were those cursing the club for letting the German go, following a dismal loan at West Bromwich Albion, which convinced Gnabry that his future laid outside of English football. Just look at him now, lads.

Manchester United fans had their turn on Monday after Romelu Lukaku's perfomance too - so we thought we'd ask you for the former clubs of Transfermarkt's most valuable 20 players on Earth.

The eagle-eyed among you will notice that not all of the 20 most valuable players in the world right now are down in this quiz. That's because Jadon Sancho, Lionel Messi, Trent Alexander-Arnold, Kai Havertz and Marcus Rashford are all one-club men at senior level. For now, anyway.

RANKED! The biggest Champions League knockout victories of all time