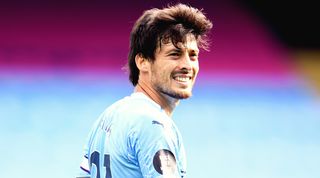 NOW TRY Quiz! Can you name the 72 players with at least 40 Premier League assists?

The latest PFA Team of the Year has been announced - and this year it's dominated by Liverpool and Manchester City. Well, that's a surprise.

The PFA Team of the Year is a scientific and wholly accurate assessment of the best XI players in a given Premier League season. Which is why, erm, Xabi Alonso, Claude Makelele, Michael Essien, Robbie Fowler and more never made it. Right you are.

Still, over the last decade, these are the players who've been voted the best in the league by their fellow professionals – who totally didn’t leave it to the “dressing room James Milner” to fill in the form for everyone while they Snapchatted themselves playing FIFA or bantzing the trainees etc.

At first glance, 110 names might seem intimidating - but fear not. Many are multiple entries. Elsewhere there are a few trickier brainteasers, including a Newcastle defender and an alarming number of Aston Villa players.