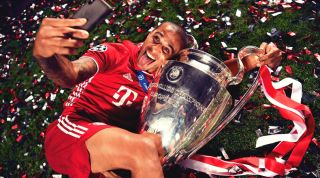 Eight minutes on the clock, 140 clubs to guess - of course, plenty appear more than once.

NOW TRY Quiz! Can you name England's one-cap wonders since 1999?

When it all comes down to it, everyone in football is only arsed about one thing – winning stuff.

It's no good being pretty runners-up with nothing shiny to show for your efforts (sorry, Spurs), as plenty of managers have found out to their detriment down the years.

Sometimes even silverware isn't enough to save skins – but it sure helps. Each of the 120 sides below have added honours to their clubs' glory lists, taking in the winners of the Premier League, FA Cup, League Cup, Champions League and UEFA Cup/Europa League since 1992/93.

Many clubs appear more than once of course, but it's your job to fill in as many of the blanks you can in eight minutes.