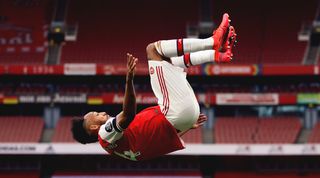 NOW TRY Quiz! How many of Chelsea's 50 biggest transfers can you name?

And so this weekend, in the immortal words of one Stevie G - we go again.

In the past 12 months, a lot has changed in the Premier League football - not least three clubs who were added to the pack in July. But this quiz isn't about what's new. It's about what's been consistent over the 2019-20 season.

We've found out every club's most-used formation during last campaign (thanks to Arsenal, it wasn't easy). All we're looking for is the most-used players that fit that formation.

So if a team played 10 midfielders more than any other players in their team last season? No - we haven't crowbarred them all into the team. You're actually going to have to know who plays where for this one...