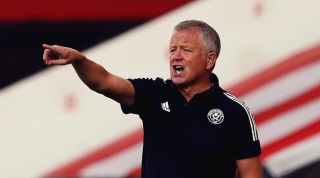 NOW TRY Quiz! Can you name the 46 people to have played and managed in the Premier League?

He's won promotion from the conference into the Football League. He's led teams up from League Two, League One and from the Championship. He's taken Sheffield United to the top half of the Premier League.

But Chris Wilder hasn't stopped there. This season sees the Blades chief targeting a European spot as his extraordinary band of brothers look to push on even further than they did in last year's remarkable campaign. He literally started at the bottom, now he's here.

Today, Wild Thing Wilder turns 53. He's achieved so much in management so far and as testament to one of the brightest minds in English football, we'd like you to name every side he's beaten along the way.

He's faced dozen of teams across his career and he's defeated 86. Can you remember who they were?