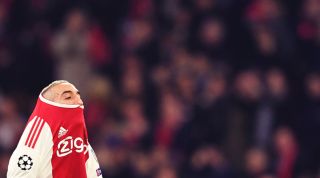 NOW TRY Can you guess 50 correct answers in our football firsts and lasts quiz?

When the Champions League was first rebranded in 1992-93, Marseille lifted the trophy. But it was an interesting format, back then.

A preliminary round was introduced back then too - this was the first season after the break-up of the Soviet Union and Yugoslavia, so lots of new countries were eligible to enter the champions of their own leagues into the competition. Israel and the Faroe Islands were also represented for the first time.

So if you're picking the third and fourth-best teams of that season's Champions League, based off those two groups to pick the finalists? Rangers and Goteborg. Don't worry, there are more obvious names scattered across the semi-finalists, since.