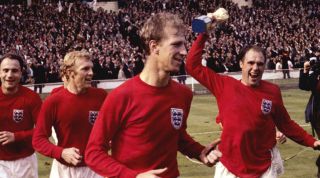 Four minutes on the clock, 40 players to guess.

NOW TRY Quiz! Can you name WhoScored's top 50 players of the season in Europe?

On this day in 1966, the greatest thing to happen to English football ever happened. No - Gary Lineker was born in 1960.

Ever since England won the World Cup at Wembley Stadium on July 30 1966, we've been waiting for football to come home once more. It may happen next year at the Euros - but until then, let's look at some of the biggest heroes to come from our tiny little island.

Since 1966, we may not have won anything, but a number of legends have lit up the world stage wearing the famous three lions shirt. Today, we're looking at the top scorers and appearance makers to have played since England were world champions - how many can you name?

One of these days, it'll be coming home again.

ALL-TIME PREMIER LEAGUE TABLE After 28 seasons, where YOUR club sits