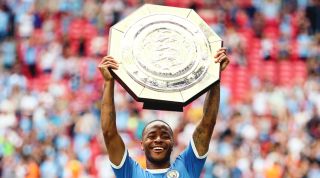 Six minutes on the clock, 29 players to guess.

Is the Community Shield a pre-season friendly or an official game? It's a question you’ll get a different answer to depending on who you ask. If, for example, you ask Jose Mourinho after his side has won it, then it’s very much a trophy; part one of a potential treble, no less.

If you ask Jose Mourinho after his team have lost such a game, then it’s a meaningless friendly we'd imagine. Less than a friendly. A total nothing. Shrug.

Still, whether you count the game as official (spoiler alert: it isn't) – and the Community Shield as a trophy – it definitely pulls in the crowds. 80,000+ regularly rock up to Wembley to see the Premier League titlists play the FA Cup winners in the showpiece event.

Well, usually. Let's not get into that this year.