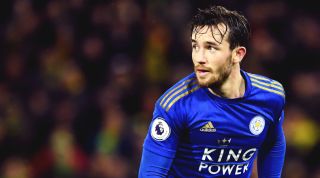 Ten minutes on the clock, 60 players to guess.

NOW TRY Quiz! Can you name every Community Shield from the past decade?

The summer transfer frenzy is just beginning. A bonanza of anti-bargains coming your way. A nation of dads grumbling that they remember when Trevor Francis become the first £1 million man – and even that was too much.

For now, though, here are the 60 most expensive English players of all time (although actually, it's a bit less than 60, because some of these players are so good – or at least so well-travelled – that they appear twice in this list).

For a while, the record stood at £49m. Small beer in today's market, although it does apparently earn us all the right to judge that player’s tattoos/car/house/sink/breakfast etc. Because really there’s nothing else in the world to get angry about.

Still, if Chelsea have their way, this list will look utterly different by next week.