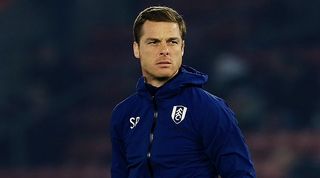 Everyone remembers the headlines from Fulham’s last summer going into a Premier League season. In 2018, the Cottagers became the first promoted side to spend £100 million in one transfer window, signing 12 players in an ominous shopping spree. It’s fair to say things didn’t go well after that.

Before we look at why this time will be different for Fulham, now under the management of Scott Parker, let’s first dispel some myths that haunted them the last time they came up. Yes, they signed 12 players in that sad summer. And yes, collectively, they cost over £100m in fees. But it was done out of necessity.

The team that achieved promotion via the play-offs in 2018 was built on loanees – six, to be precise – and right-back Ryan Fredericks then joined West Ham on a free transfer. By July 1, 2018, the Cottagers were left with 14 first-team players, making a last-minute dash in the reduced aisle both inevitable and essential.

So, why will it be different this time around? For starters, Fulham’s squad is more settled. Key players such as top scorer Aleksandar Mitrovic and captain Tom Cairney are tied down to longer-term deals, and Harrison Reed, Ivan Cavaleiro, Bobby Decordova-Reid and Anthony Knockaert have had loan contracts made permanent.

Although Parker will need to add to his squad, the astute 39-year-old will look to bring in depth and experience as opposed to a trolly full of signings. The key for Parker and those in charge of transfers – Tony Khan and Javier Pereira – is to sign the right characters this time, so as not to disrupt the spirit that the manager has built up in the dressing room.

Under Slavisa Jokanovic, Fulham played attractive football that won admirers in the Championship, but once in the Premier League they were leakier than
a troubled pensioner, conceding 81 goals under Jokanovic, Claudio Ranieri and Parker.

With the latter in the role full-time, though, they’re more pragmatic and should have learned lessons from last time. In the second tier, at least, Fulham looked far more capable of soaking up pressure and hitting opposition sides on the counter-attack.

MORE FROM CRAVEN COTTAGE Who controls the fake crowd noise? How clubs are experimenting with match atmosphere in empty stadiums

Parker himself has offered pleasing promise and improved tactically as last season wore on, to see his side successfully through the play-offs against tough foes. Surviving the Premier League will be another challenge entirely, and any Cottager would snap your hand off right now for a finish of 17th – but, one way or another, things will be different this time.