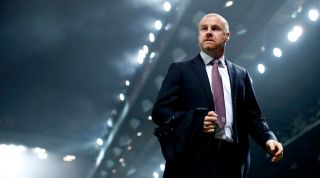 Two top-10 finishes in three seasons still led to sections of the media asking manager Sean Dyche whether his ambitions can be fulfilled at Turf Moor. Success is an intangible concept for Burnley.

Speculation continues to surround the future of the Clarets’ amiable boss, who was unafraid to vent his frustrations at a number of unresolved contracts during last season’s post-lockdown restart in June.

Dyche has spoken for a couple of years now of the club “stretching, but not breaking” their finances, with an average net spend of around £9 million per season during his time in the Premier League.

He has worked without a budget at Turf Moor. “When we go into a window, we don’t have a pot of money and say, ‘We must spend this’,” explained chairman Mike Garlick – very hands-on, in terms of transfers – last summer. “We have a pot of money and might spend it if the right opportunities arise. We’re looking for value in players, and if we can find that, we spend it. If we don’t, we leave it.”

It is, as Garlick adds, “a flexible model”, but Dyche would like to bend it more to his liking – as with everything else he has put in place at the club. The Kettering native has been described as a “totalitarian” by former player Jon Walters, and would not expect the same amount of control elsewhere.

But equally, he must feel that – after losing just twice from mid-January to the end of the 2019-20 campaign – even more is possible at Burnley with improved financial backing.

The Clarets continue to be more than the sum of their parts, built on Dyche’s core values of honesty, integrity, passion, pride, will and hard work.

For a provincial club of their size to even come close to reliving those halcyon days of the ’60s is remarkable, considering they had the fourth-lowest wage budget in the Premier League last season according to Sporting Intelligence.

It’s hard to shake the feeling that Dyche could still squeeze more out of his group with a bit more money in the transfer market, even though he continues to knock back assertions that the club are becoming established at this level.

The recent examples of Stoke, with three straight ninth-place finishes before relegation, and Watford, who finished 11th and were FA Cup finalists before their demotion, are warning signs. In reality, it may always be a matter of survival first for Burnley.