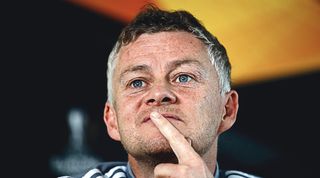 Can Manchester United mount a first serious title challenge since winning the league in 2012/13?

Ole Gunnar Solskjaer, who always retained the support of match-going fans last season even when his team slipped as low as 14th, maintains that he needs “two or three” top-level talents to do that. His record in the transfer market has been encouraging.

Champions League football was necessary for the club’s prestige as much as their finances – a second successive season without elite European competition meant a huge drop in revenues from key sponsors, broadcast revenue and matchday income.

Solskjaer is feeling emboldened after finishing third, a position which looked implausible for most of the season. United were 14 points behind Leicester in February, but while the Foxes folded, United were the form team and only unbeaten side after football’s resumption.

It had been coming: the Red Devils began that excellent run immediately after a horrific January when they lost three of their four league games, ending with an awful home defeat by Burnley.

The players like Solskjaer, even though he can be tough behind closed doors, and his ‘rather have a hole than an arsehole’ mantra is paying dividends. United also reached two domestic semi-finals, and while champagne bottles remain unpopped on that basis, it shows improvement across the board.

Youth came to the fore once more, with teenagers Mason Greenwood and Brandon Williams the beneficiaries of performing in the Europa League. United have properly reset after aborted missions under David Moyes, Louis van Gaal and Jose Mourinho. The style of football more closely resembles what the club’s fans expect: fast, with young attackers hitting opponents hard.

United beat some of the best, with wins at Manchester City – twice – and Chelsea. A failed recruitment policy is now leaner, more comprehensive and more productive. Many of those whom Solskjaer played with became managers themselves, and he uses his contacts for detailed background checks on targets. Bruno Fernandes has been the standout signing: despite joining in late January, no United player managed more assists in the league last season.

They wouldn’t have finished in the top four without the Portuguese playmaker. The mood is finally off the floor at Old Trafford. Now it’s on Solskjaer, Fernandes & co. to bring Manchester United’s thrilling times back for good.