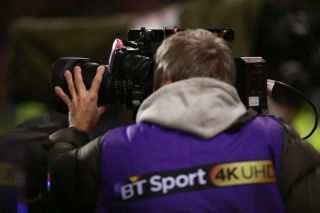 While that's still the case, things have just got a little better to help you watch it all in one place.

You can download the BT Sport app on a Now TV stick or box – so you can watch every Premier League game being shown on Sky Sports, BT Sport and the BBC in one place.

In September, all 28 Premier League games will be televised, with 18 on Sky Sports, eight on BT Sport, and one each on the BBC and Amazon Prime.

BT Sport is also showing the German Bundesliga, French Ligue 1, Women's Super League UEFA Super Cup and Champions League qualifiers this month, while Sky Sports has the rights to the EFL Championship and League One and Two, the Scottish Premiership and American Major League Soccer.

Here's everything you need to know to watch all of those games, and the best deals around.

What do I need to watch all these Premier League games on Now TV?

And that's it! Plug the stick or the box into your television, log in to your accounts and enjoy the football.

This allows you to watch Sky Sports, BT Sports and the BBC through your television – without any contracts

How do I add BT Sport to my Now TV stick or box?

BT Sport is now available as a free app on your Now TV. Once you've set up a BT Sport account online, simply go to 'App store' on the home section, select BT Sport, add it to your Now TV and log in.

BBC iPlayer and BBC Sport should both be already installed on your Now TV, allowing you to watch those games, as long as you have paid a license fee and created a BBC account.

How long do I need to subscribe to Sky Sports and BT Sports for?

You don't, really – with online passes, you can choose to cancel at any time. Now TV provides day and week passes, which will only last for that period (useful if there's a particular match you want to watch) and BT Sport passes are on a rolling monthly basis, so will carry on until you cancel.

Can I add Amazon Prime to Now TV?

Not currently. Amazon Prime has the rights to four more Premier League games this season – and although they will be showing them free of charge, you'll have to do this through a laptop.

The other option is to get an Amazon Fire Stick – which will require Amazon Prime membership – but will allow you to watch the Amazon and BBC games through your television.