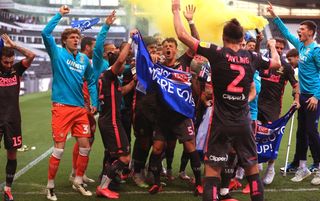 Five minutes on the clock, 30 winning clubs to name (but some crop up more than once).

Once you're done, tweet us at @FourFourTwo to let us know your score.

Leeds have done it! Marcelo Bielsa's side are not only in the Premier League next season, they are champions of the Championship this season – exactly 30 years after last winning England's second division (back when it was called, er, the Second Division).

The second tier is, as so many people like to point out, an incredibly tough league, so we thought it was only right to celebrate those who have come out on top.

While Leeds only come up once here (you can have that one for free) some others have asserted their dominance a number of times, making this tester even easier.

QUIZ Can you name which club these players played for?

ANALYSIS 7 things Marcelo Bielsa will bring to the Premier League