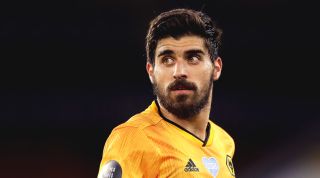 Eight minutes on the clock, 35 names to guess.

NOW TRY Quiz! Can you name the PFA Premier League Teams of the Year from the last decade?

Wolverhampton Wanderers have just signed Vitinha on loan - their third Portuguese signing of the transfer window so far.

With a Portuguese manager in Nuno, it must be nice for a few of his countrymen to play under him - who's next, though? Renato Sanches? Joao Felix? Luis Figo, perhaps?

Vitinha is just one of a growing Iberian presence in the Premier League. In fact, only 35 Portuguese players have clocked up at least 20 appearances in England's top flight since 1992/93 – although with a couple of pretty high-profile names among them.

We want you to name them all. Some of them are pretty easy and some of them… well, not so much.