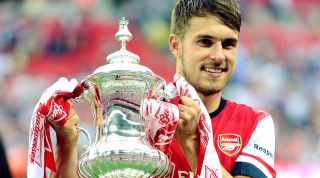 The final is this weekend - and the prestige of the FA Cup is something almost unmatched in football.

No other domestic cup competition carries the weight of this one - winners are engraved into the very fabric of English footballing history and memories are made on many a Saturday in May.

The last decade has provided its own rich tapestry of footballing folklore. The daring runs of Sutton United and Lincoln City, the shock of Bradford slaying Jose Mourinho's Chelsea - and that's before we've even got to the final.

The 2010s was an era in which Arsene Wenger became the most decorated FA Cup manager in history, Wigan Athletic shocked Manchester City and Louis van Gaal bowed out of management with an FA Cup final win for Manchester United. How many of the stars on the pitch do you remember?