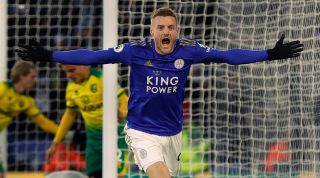 6 minutes on the clock, 25 answers to guess

Goals. Where would we be without them, eh? Probably kicking the ball out for throw-ins like they do in rugby.

We've seen quite a lot of goals across Europe's top five leagues this season. We'd probably have seen double had it not been for VAR - triple if Bruno Fernandes had arrived in the Premier League a few months earlier.

While some leagues this season are already over - miss you already, Ligue 1 and Bundesliga - others are still gunning for the Golden Boot. But... who?

There are some usual suspects in there, some surprise packages, and no, we're not counting own goals, obviously.

RANKED! Best goalkeepers in the world: the top 10, ranked