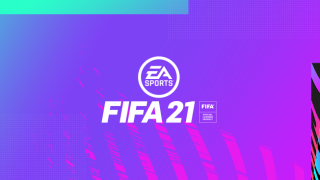 • Pre-order FIFA 21 Champions Edition for Xbox One for £79.99 – from Argos, or from Amazon, delivers October 6

The wait for FIFA 21 is nearly over - the delayed edition of the biggest football games franchise on the planet will be available to play from October 9.

With so many retailers competing to sell FIFA 21, we can find you the best reliable price without you having to spend hours searching

What consoles is FIFA 21 available on?

You can pre-order a copy today for Nintendo Switch, Xbox One, Playstation 4 and PC, with some offers even promising to refund the difference if the price decreases between now and this autumn.

What's more, with the PS5 and Xbox Series X now available for pre-order, EA Sports is offering to upgrade the copy you purchase for free if you've bought the latest generation console. And at any right, both new consoles offer backwards compatibility, meaning your PS4 and XBox One games will work on them anyway.

MORE ON THIS FIFA 21 for PS5 pre-order

Pre-order your copy of FIFA today and get a refund for the difference should the game be offered for cheaper between now and October 9.

When will the FIFA 21 demo be released?

In surprise news, there will be no demo this year, according to EA Sports. So the first time you have chance to play it will be after its release – and you'll have to pay full price.

We aren't releasing a demo for FIFA 21.Instead we've made the decision to focus our development team's time on delivering the best full game experience for current & next-gen consoles.We look forward to EA PLAY members jumping in 10 days from now and launching the game Oct 9.September 21, 2020

And this year, the face of FIFA 21 is PSG and World Cup-winning France forward Kylian Mbappe.

One interesting note will be whether Konami wrangles any more exclusive rights away from FIFA - forcing them to name Juventus “Piemonte Calcio” was a successful PR stunt they’d love to repeat.

Another point of contention is the standard of FIFA’s graphics, with critics and gamers generally in agreement that PES’ graphics are superior. It will be interesting to see whether FIFA manages to make up ground on PES in the visual department, perhaps using the high-performance 3D scanning system that makes its rival look so lifelike, or whether it waits for the new consoles to be released before making major changes.

EA Sports have announced an exclusive partnership with Italian giants AC Milan, meaning fans of the club will only be able to play as the Rossoneri on FIFA 21 - nowhere else.

The seven-time European champions have had a long-standing relationship with EA's biggest games franchise, but have taken things one step further, with the announcement of this exclusive relationship.

“We are delighted to welcome EA SPORTS to the AC Milan family as a Premium Partner," said Casper Stylsvig, Chief Revenue Officer of AC Milan.

And what of Volta? FIFA 20’s flagship new feature was a tip of the cap to fan-favourite FIFA Street, with added elements of futsal and the Journey. The Journey was billed as a trilogy, running from FIFA 17 to 19, and you can expect a more refined Volta to return next year with more arenas and (hopefully) a better storyline.

What will change about Ultimate Team?

The persisting question is whether FIFA will do anything about the “pay-to-play” element in Ultimate Team.

In response to wide-ranging gambling complaints, this year they’ve included pack probabilities, which tell you how likely you are to receive players of a certain standard.

While this may have deterred some players from spending copious amounts of money on packs only to find their best new player was Granit Xhaka or Troy Deeney - players who haven’t spent money still routinely face players with expensive supersides.

What FIFA 21 truly needs is a fairer matchmaking system, so players go up against similar teams, instead of ones they can’t beat simply because their pockets aren’t deep enough.