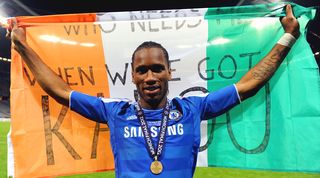 Have there been many better signings than this?

Eyebrows were raised when Chelsea spent over £20m on an Ivorian striker from Marseille way back on this day in 2004. Having shelled out for so many attacking players since Roman Abramovich had arrived, the jury was out on whether Didier Drogba had what it took to lead the line for the Blues.

Safe to say, he proved the doubters wrong. A handful of league titles, FA Cups and a Champions League trophy - of which he buried the winning penalty - will do that, of course.

To celebrate Didier's anniversary, we're asking you - who did the legend net against in his two spells at Stamford Bridge.