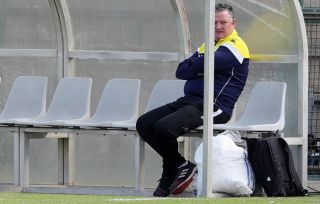 Bidvest Wits coach Gavin Hunt hopes to have left a long-standing legacy at the club after overseeing his final game in charge of the Clever Boys.

Wits capped their 99 years of existence with a 3-1 victory over Polokwane City at the FNB Stadium on Saturday through goals from Eva Nga, Phathushedzo Nange and Cole.

They finished the 2019-20 Absa Premiership season in fourth place with 52 points, having won 14 games, drew 10 and conceded six defeats.

The 56-year-old coach, who joined Wits in May 2013, managed to lift three trophies during his time with the Braamfontein outfit, including the Telkom Knockout Cup, MTN8 and the 2017-18 Absa Premiership title.

‘It was a great way to finish, I think we finished fourth which is great with what we’ve got. It’s fantastic! I’m really proud of the players and the club,’ Hunt told the media after the game.